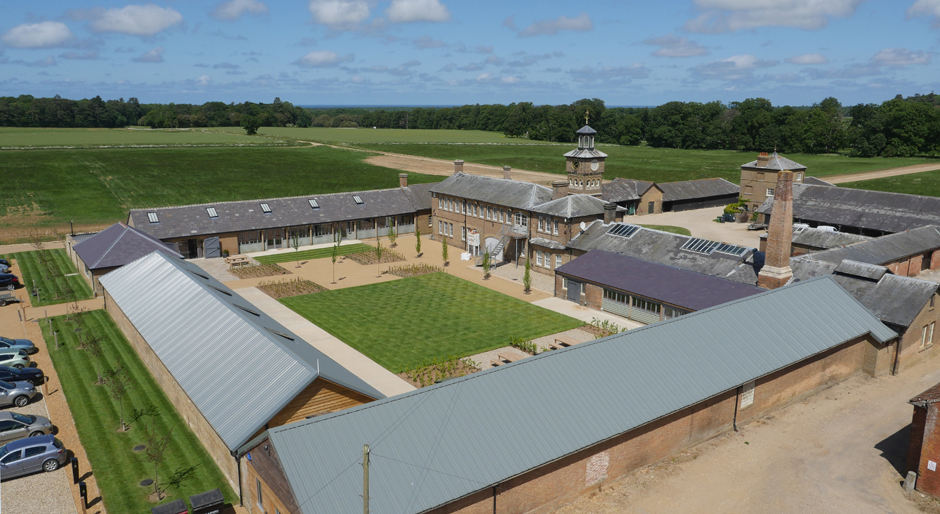 Project Details:
The Longlands complex as it is today was largely developed in the 1850's as a base for the building trades which supported the activities of the Holkham Estate. The workshops and clock tower are Grade II* Listed. These trades included carpenters, glaziers, blacksmiths, masons and wheelwrights, their respective workshop largely remained unchanged prior to the conversion. The historic significance of the Longlands complex lies in its originality as a model farm as well as its relationship to the Estate.

The conversion scheme allowed for the renovation of five existing buildings to enable flexible office space which can be subdivided to suit small and start-up enterprise businesses. As well as helping to preserve the Longlands buildings, the scheme enabled occupiers to make a positive contribution to the North Norfolk economy. The new office space created accommodates up to 60 people. With a total floor area of 902m2. The offices are serviced by a new ground-source heating system, beneath the field to the north. The courtyard which was previously an unsightly concrete mass has been transformed by a new landscaping scheme providing important amenity space for the office employees.

Importantly the form and character of the buildings has been retained through the conversion. Careful consideration was given to the appearance of the outer faces of the buildings with elevational changes being confined to the inner, court-yard. Traditional materials and finishes were re-used as far as possible. Any new materials being sympathetic and in-keeping with the existing historic fabric. The half glazed treatment of the elevations and the use of timber weather-boarding has helped to maintain the distinction between the former open and infilled areas of the workshops. 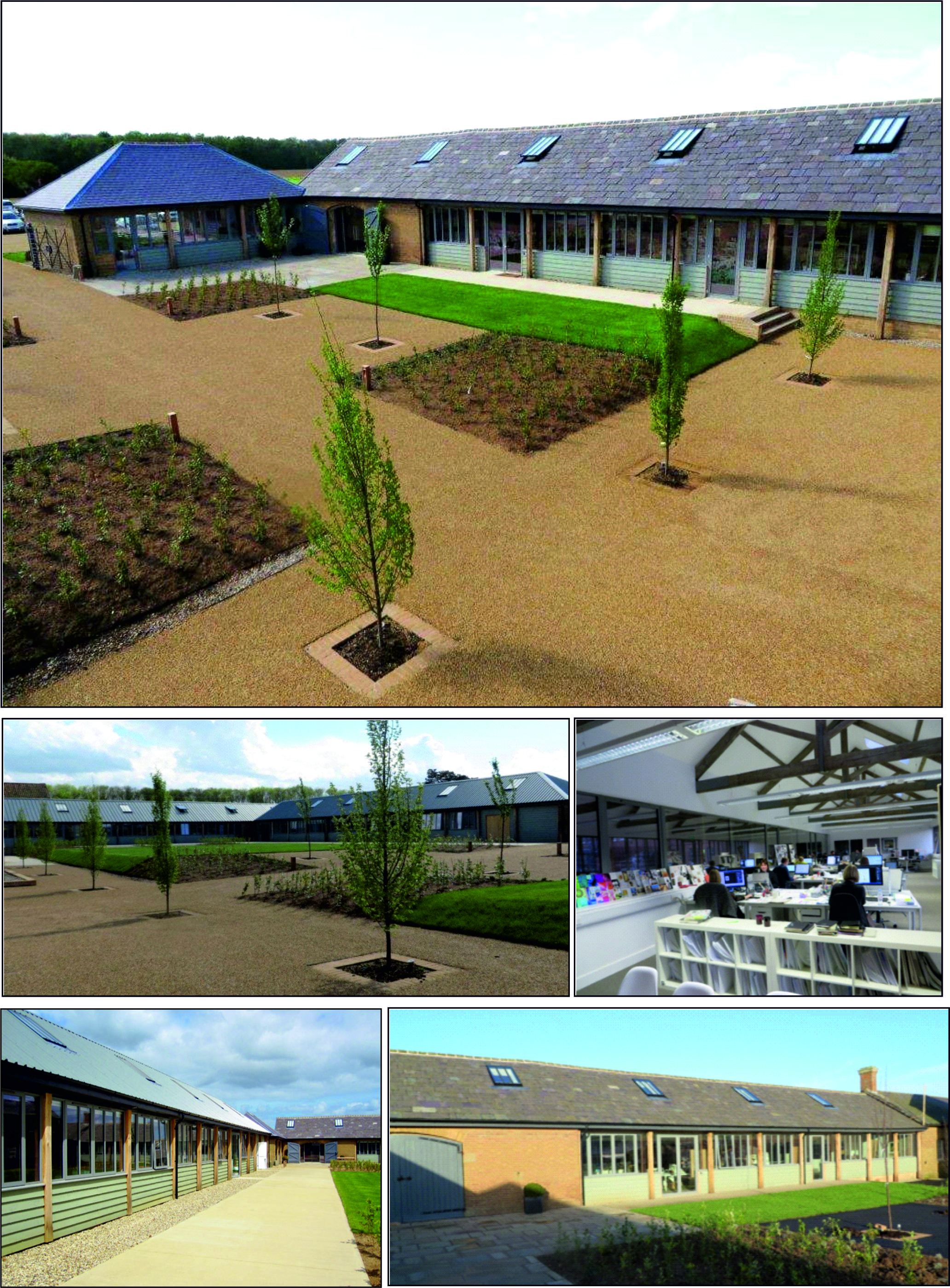