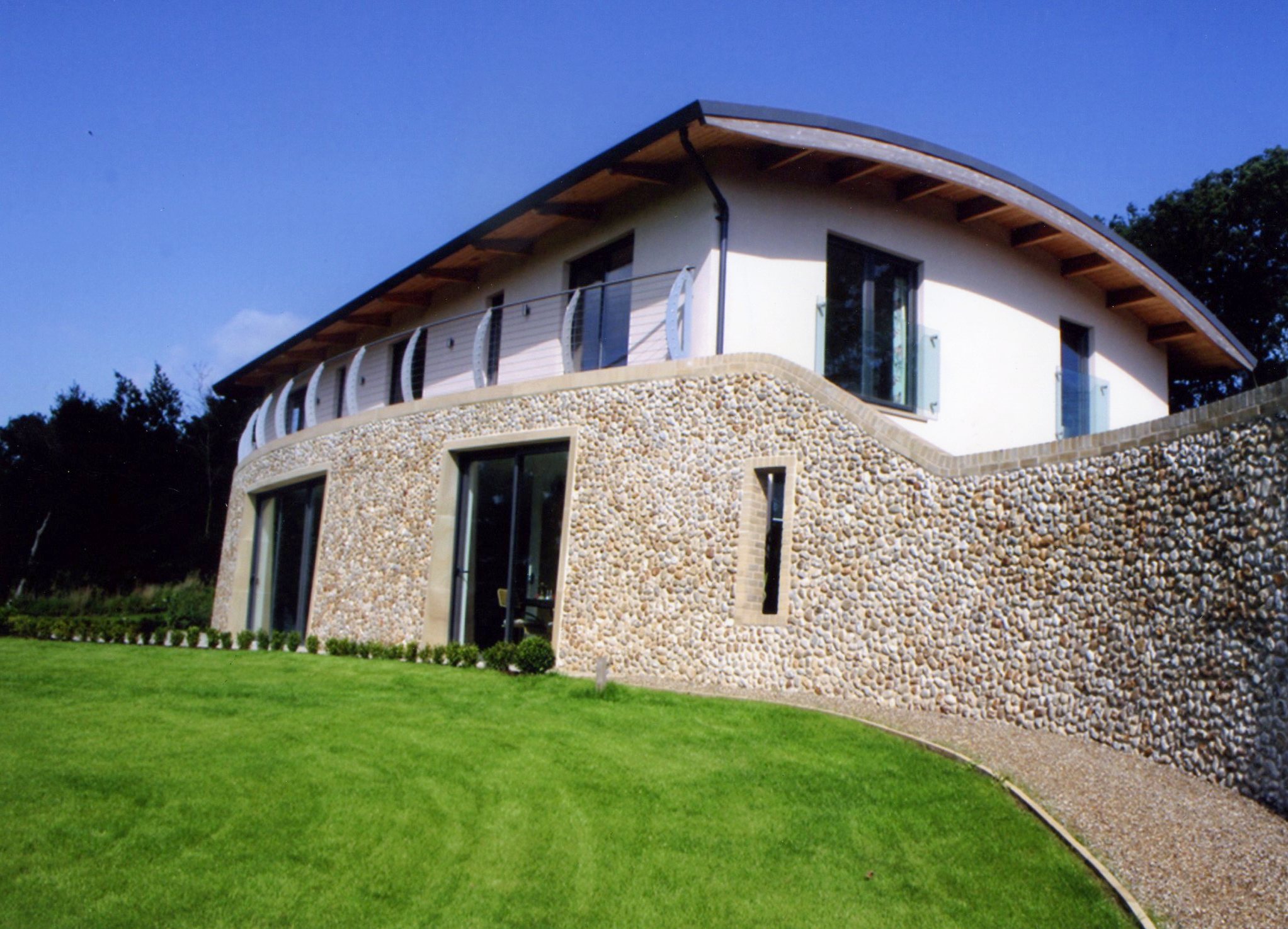 Project Details:
The site in question occupies a landscaped setting off a rural lane just outside the main village of Edgefield. It previously supported a 17th century building which was altered and raised in the 19th century. By virtue of its derelict condition and structural problems, planning permission was granted in 2004 for its demolition and replacement with a new site-specific dwelling.

This new building is a bespoke composition with a low profile curved lead roof which is set into the slope of the site to minimise its visual impact within the landscape. The design of the dwelling, although very much of its time, is still rooted in the area with its prominent battered flint walls and stone dressings which have been inspired by local historic churches. The sinuous curves of the building also help in this regard. They also link with the outbuildings which have been built using pantiles reclaimed from the original cottage.

Elevationally, the building has a clean lime render finish on three sides which contrasts with the solid flint base and the curved buttress entrance lobby. With the stainless steel and wire balcony rail, the minimalist aluminium windows and the ashlar stone dressings all contributing crisp detailing, the end result is a dwelling of fresh and innovative appearance which has provided additional visual interest within this part of the village. It is also considered to be of a sufficiently high quality to outweigh the loss of the original vernacular cottage. 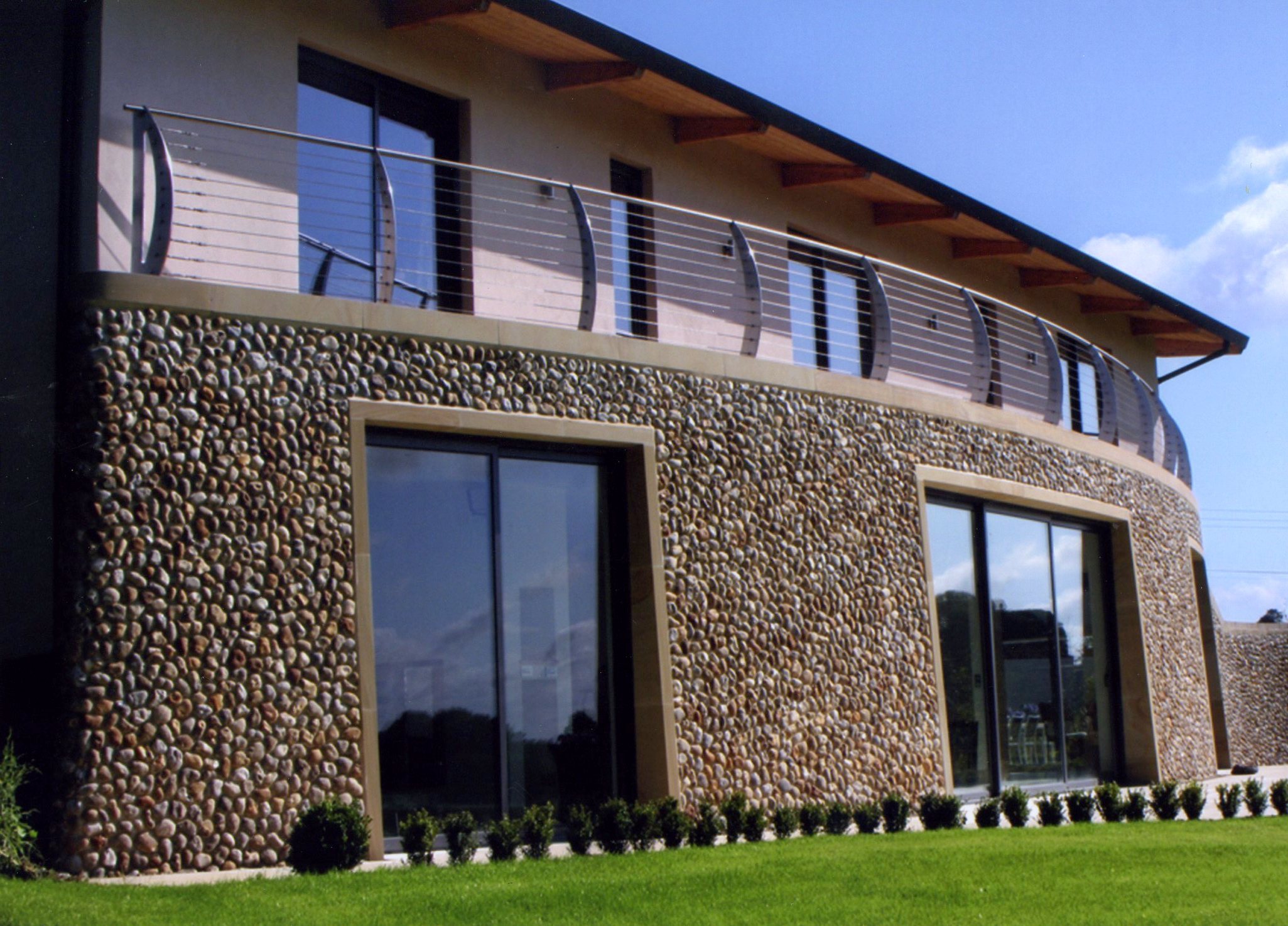 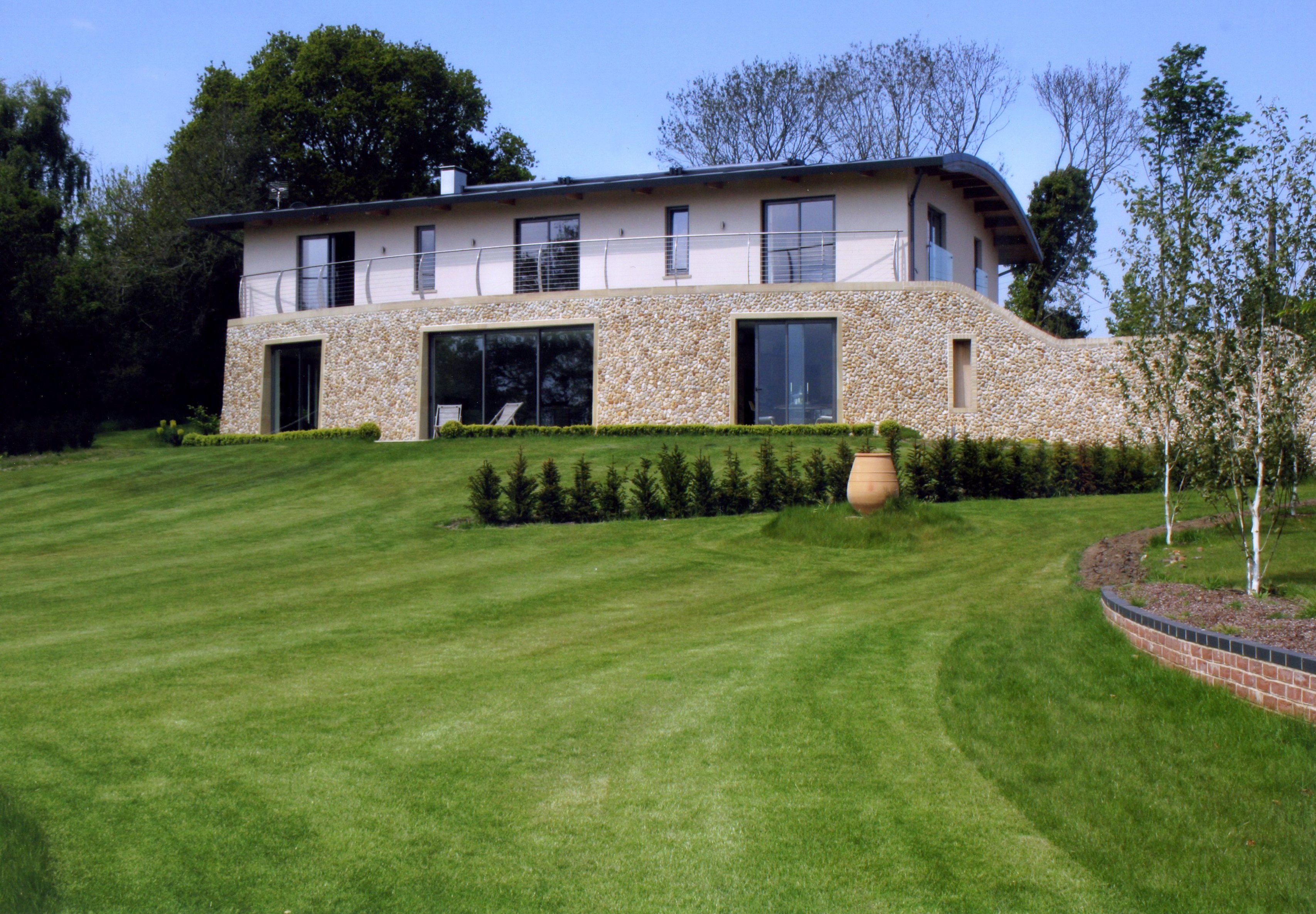 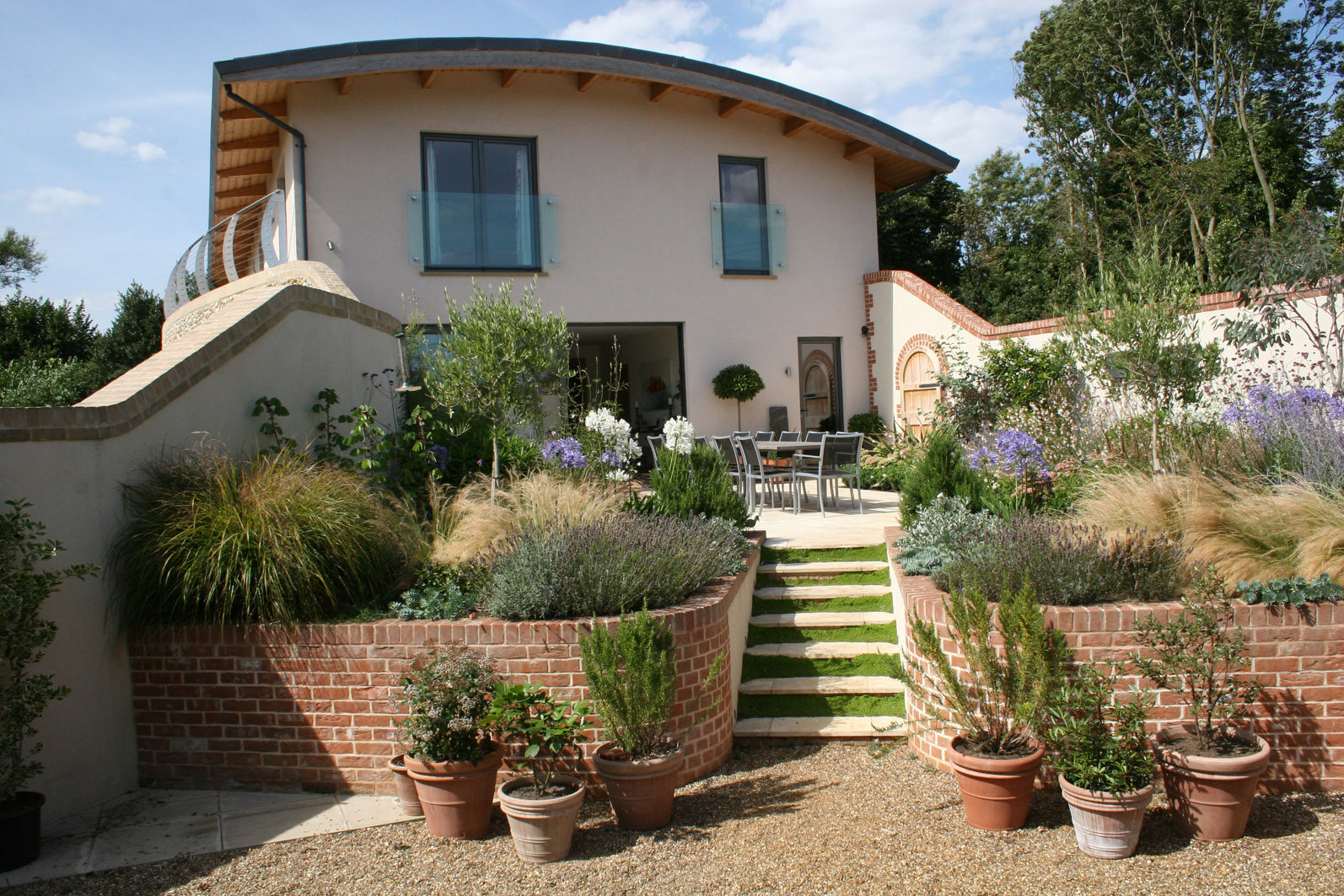