Density is the amount of development on a given piece of land. In relation to residential development this usually refers to the number of units or dwellings per hectare. The concept of density is important to planning and design as a means o f managing growth, activity, demand on services, influence of scale and massing as well as making the most of available land. The density of a development will influence the intensity of land use and, in combination with the mix of uses, can affect a places vitality and viability.

The plans below show how urban design tools such a figureground plans and structure plans can help unveil the prevailing density and urban structure of an area to inform new development. 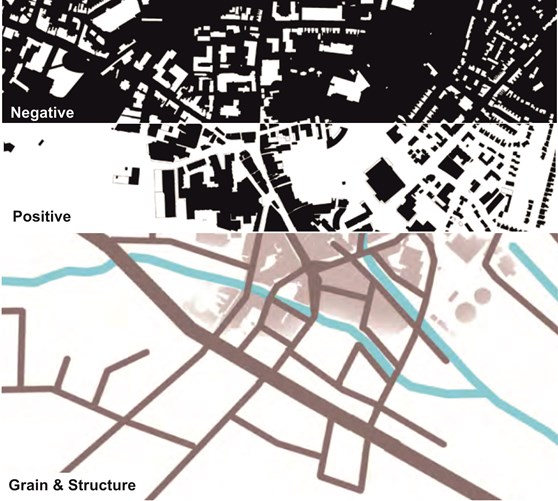 Whilst density ranges within policy can be helpful in setting broad development potential, the final density should be dictated by the local context, grain and placemaking objectives. Density also effects choice of house type, with differing house types reacting favourably at a certain range of densities. Outside of this range, there might be problems in terms of privacy, daylight or amenity space.

Density should be appropriate to the location, respond to and/or enhance the character of the existing settlement. Local Plan Policy Ho7 sets the minimum densities and most site allocations will alr eady have a outline density and a general scope of unit numbers.

For larger development proposals, a range of densities, building types and forms will be required. Increased densities should be focussed around key movement intersections, along strategic routes, overlooking public spaces and within neighbourhood, local and village centres. The varied density profile adds character and interest, supports local facilities and public transport and can provide the building mass to create strong framing of public spaces.

It is vital to remember the ‘human scale’ of development and design with a pedestrian in mind. The appropriate size for a perimeter block should be large enough to fit adequate amenity space and parking, yet small enough to allow a permeable and walkable street pattern.

The framework below sets out approximate densities for the relevant identified typologies. 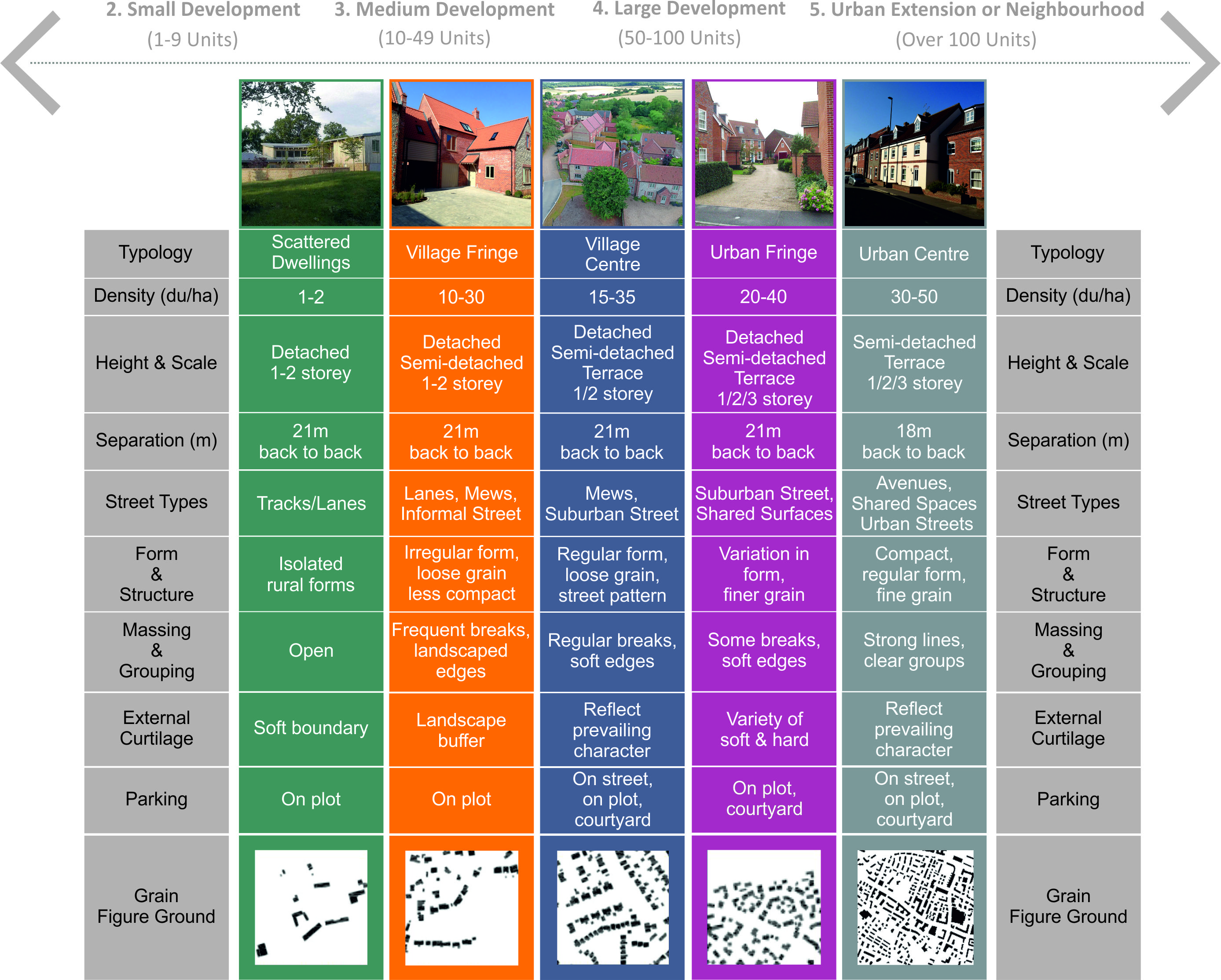