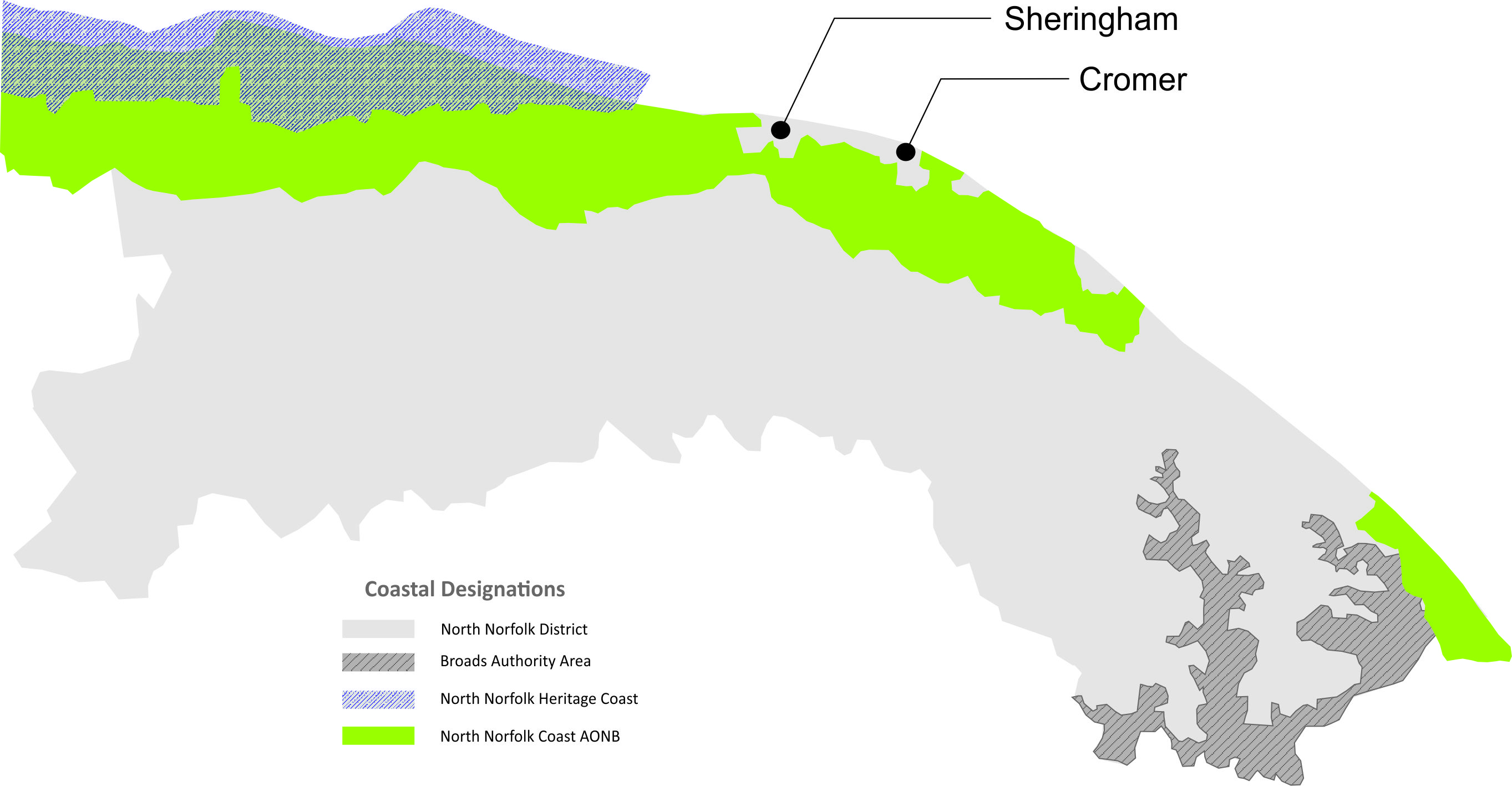 The ANOB covers a large stretch of the North Norfolk Coast from the town of Kings Lynn in the West to the Winterton-on-Sea in the East. The AONB also includes a number of seaside settlements including Well-next-the-Sea and Blakeney. The area was first designated in 1968 and covers over 450km2 of agricultural and coastal landscape. Much of the AONB is also designated as Heritage Coast and consists of shingle beaches, dunes, saltmarsh, intertidal mud and sand flats, lagoons, reed beds and grazing marshes.

The AONB supports nationally and internationally important numbers of various species of breeding and wintering water birds, including several important botanical areas and is also home to the largest colony of common seals in the UK. Inland, much of the area is arable farmland, which also supports characteristic species but also other important semi-natural habitats including lowland heath and ancient woodlands.

"Great weight should be given to conserving and enhancing landscape and scenic beauty in National Parks, the Broads and Areas of Outstanding Natural Beauty, which have the highest status of protection in relation to theses issues". NPPF Para 172