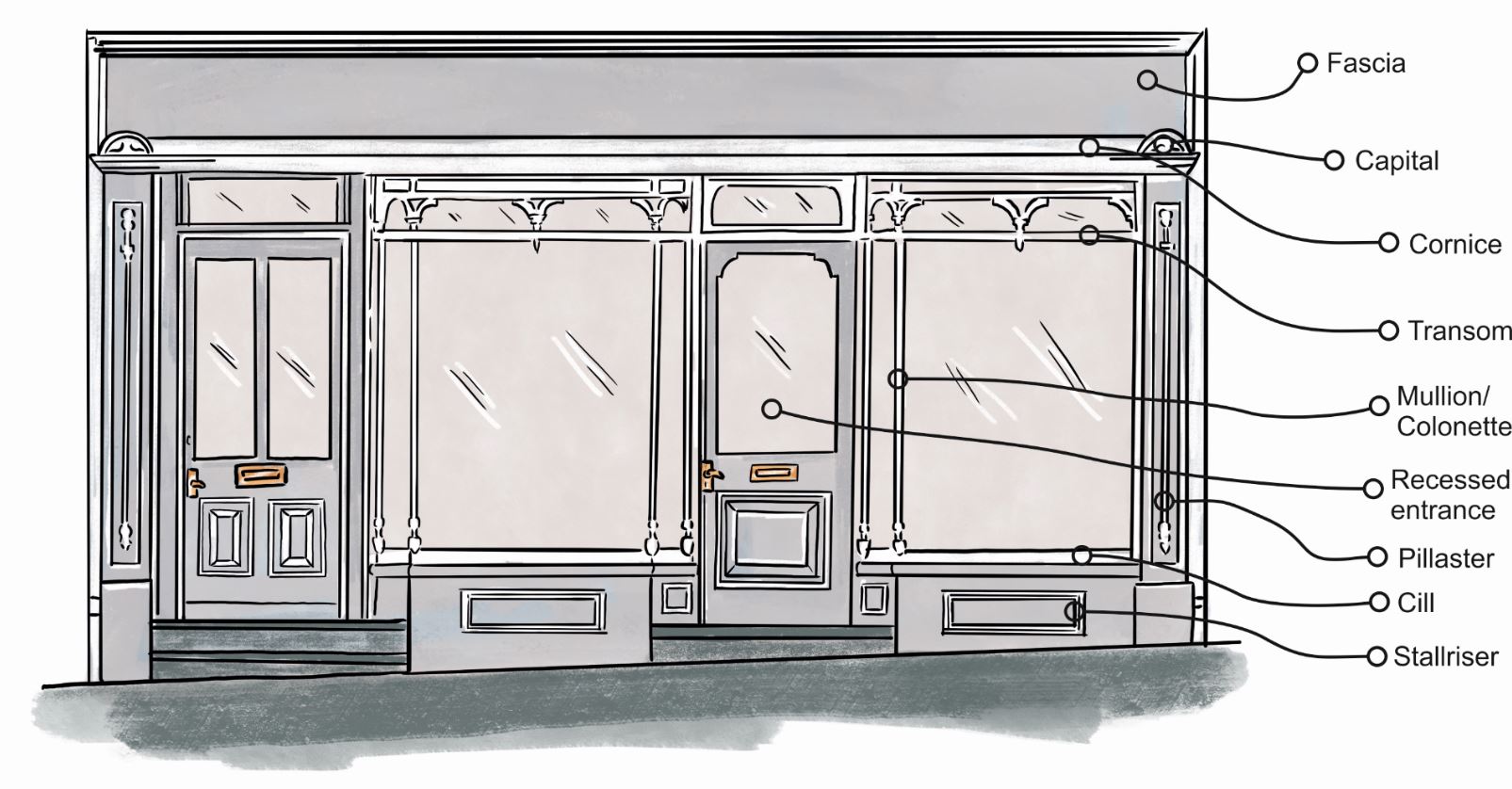 A successful shopfront should not only enable a business to effectively display its wares, but it should also provide a welcoming entrance to pull in customers. At the same time, however, it should also set the scene for the rest of the building above, and take its place comfortably within the rest of the street scene.

Unfortunately, during the second half of the 20th Century, this was seldom the case. Shopfronts with large plate glass windows tended to be superimposed onto buildings without any apparent thought being given to their relationship with the rest of the building. Important architectural features were often lost or concealed behind over-deep fascias, whilst shopkeepers owning adjoining properties often created continuous frontages thus ignoring the vertical divisions of the properties at higher level and the overall rhythm of the street.

In order to ensure that such misjudgements are not repeated, the following steps should be particularly helpful: -

The illustration below shows a modern shopfront which still successfully picks-up on those traditional proportions and details. 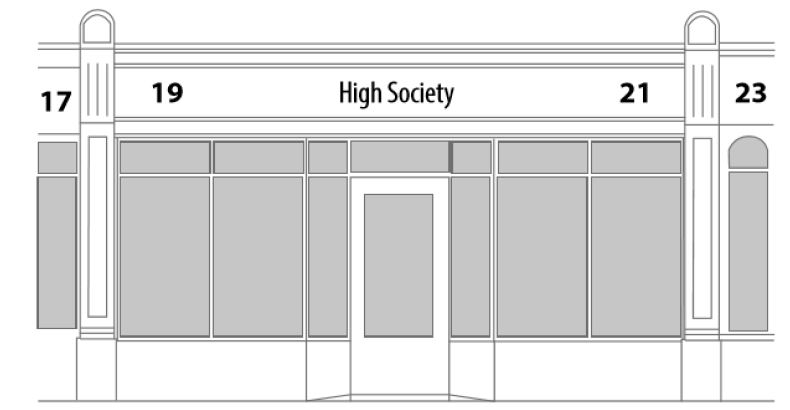