Householder extensions offer the opportunity to increase floorspace and adapt buildings to suit changing needs and circumstances. Regardless of whether planning permission is required for an extension, it is important to consider the effect an extension can have on the character and appearance of the host property and on the amenities of any neighbouring properties.

Overly large extensions that appear to swamp the original building should be avoided, although a house can be extended significantly over time, and this can sometimes change the character of the dwelling in an acceptable way.

Extensions to the front of houses should be avoided as they could compromise the visual cohesion of a building's façade. There are any number of alternative arrangements when deciding how to extend a house.

It is important to consider the amount of remaining amenity space in conjunction with the extension to the dwelling. This should be proportionate to the size of the extended property and in keeping with the established grain of development in the locality. The overdevelopment of sites is unlikely to be supported.

Flat roof forms are not normally acceptable. However, in the case of small link or alcove extensions, they may be the only option. In such cases, the flat roof form can be disguised behind a parapet with a proper coping detail. Where there is already a strong precedent for flat roof construction in an area, flat roofs can be considered provided the building to be extended is of no real architectural merit.

The illustration below indicates common forms of extension. 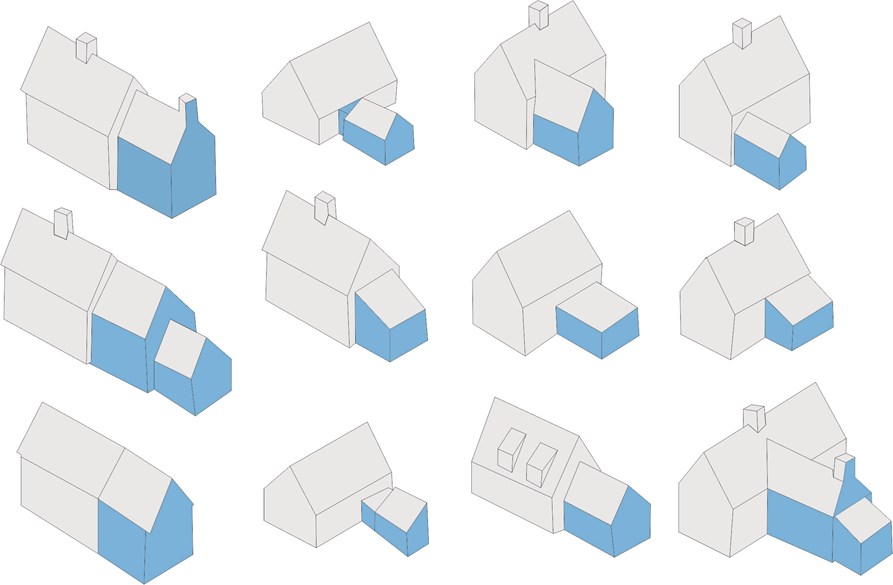 When it comes to extending vernacular or traditional dwellings, the following forms of extension tend to offer more favourable relationships with the host building. 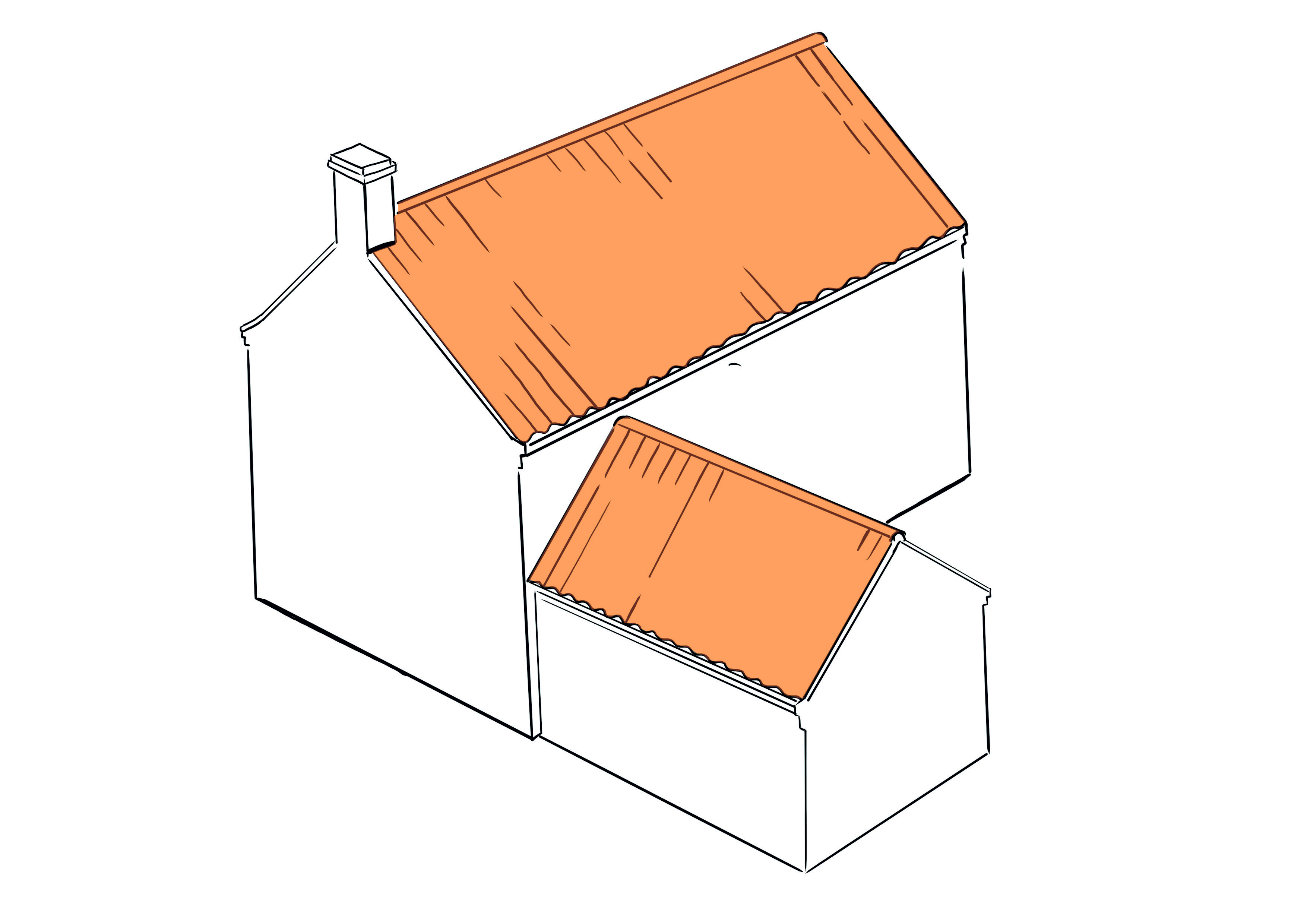 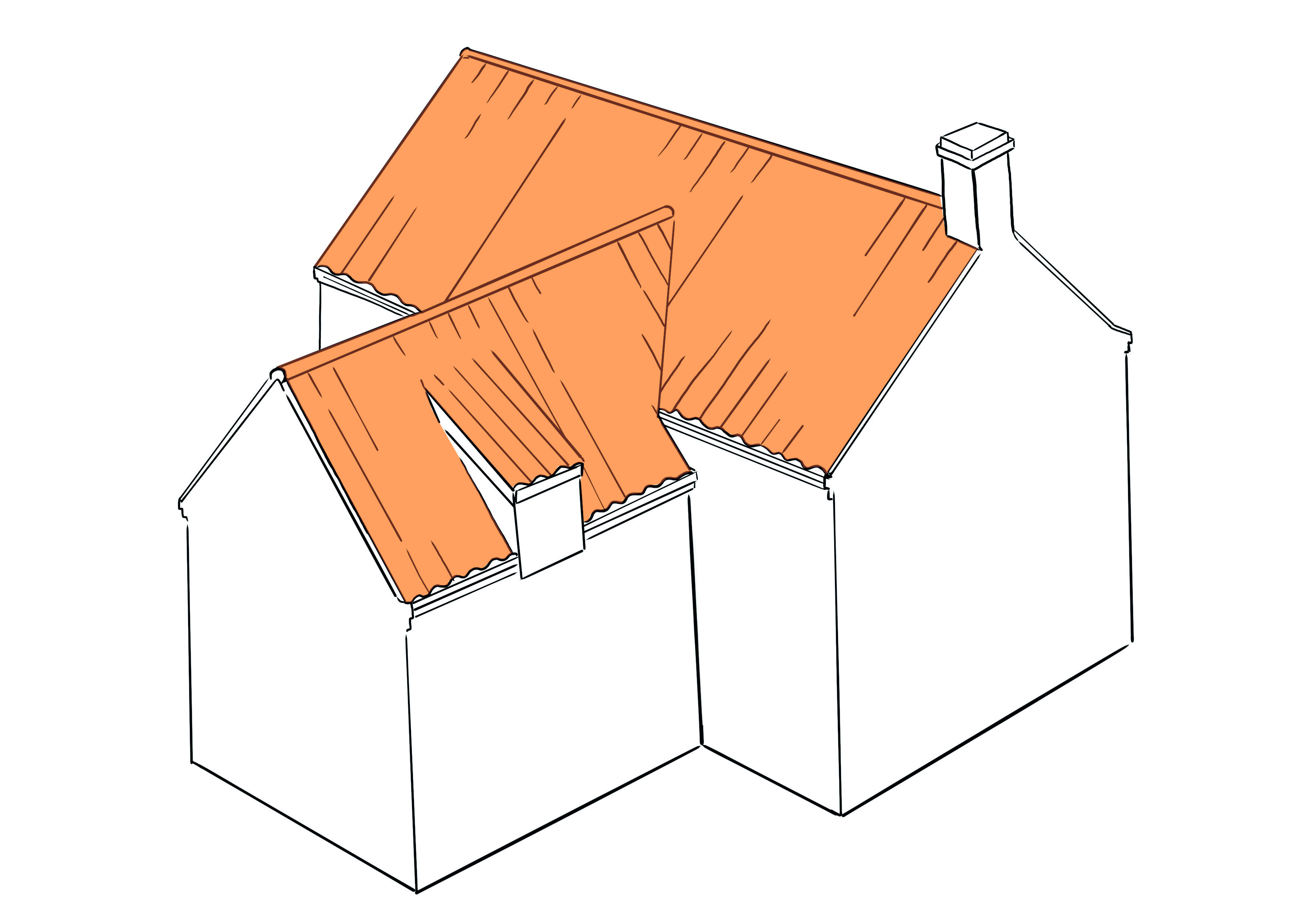 Gabled one and half storey extension to rear of property 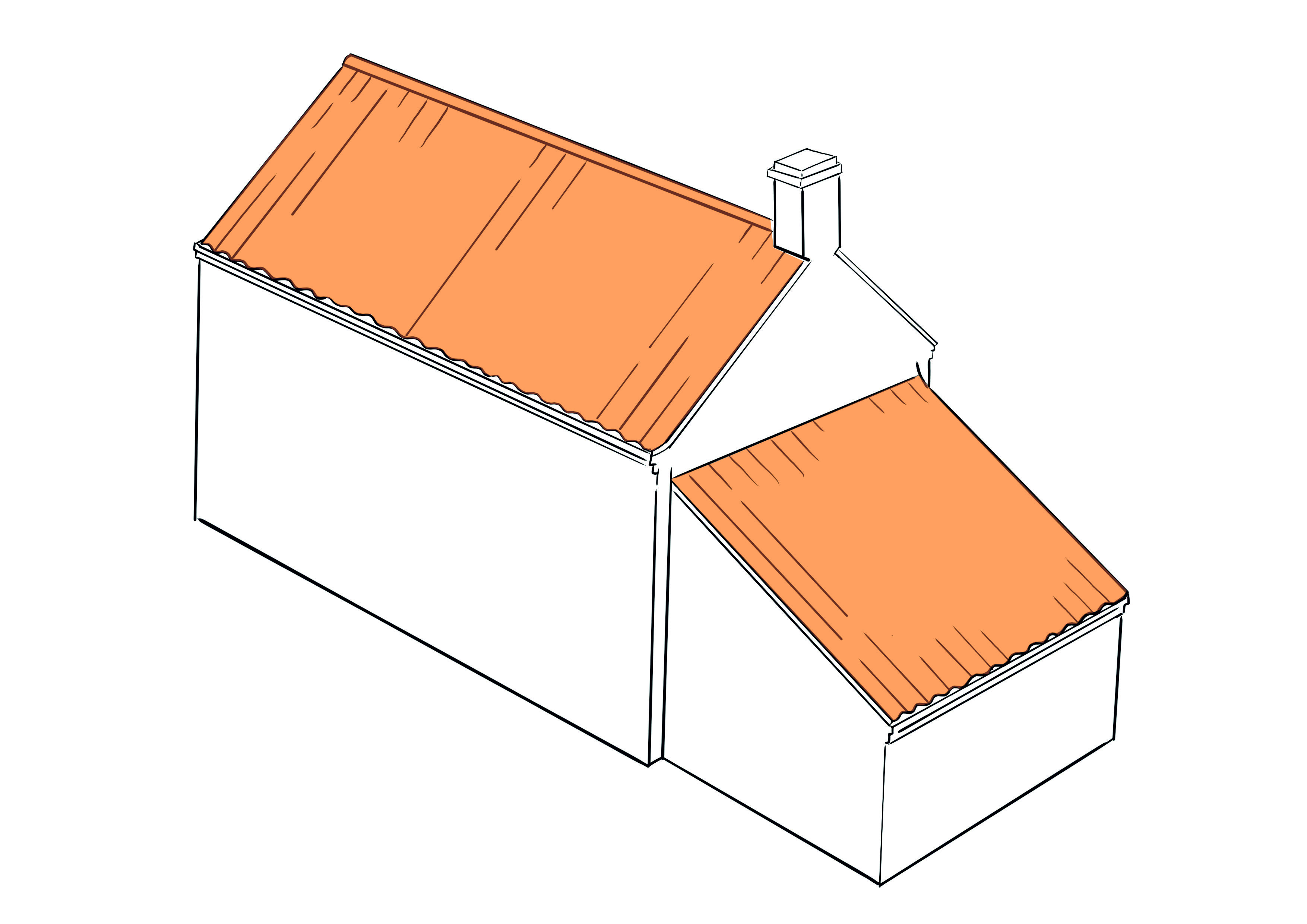 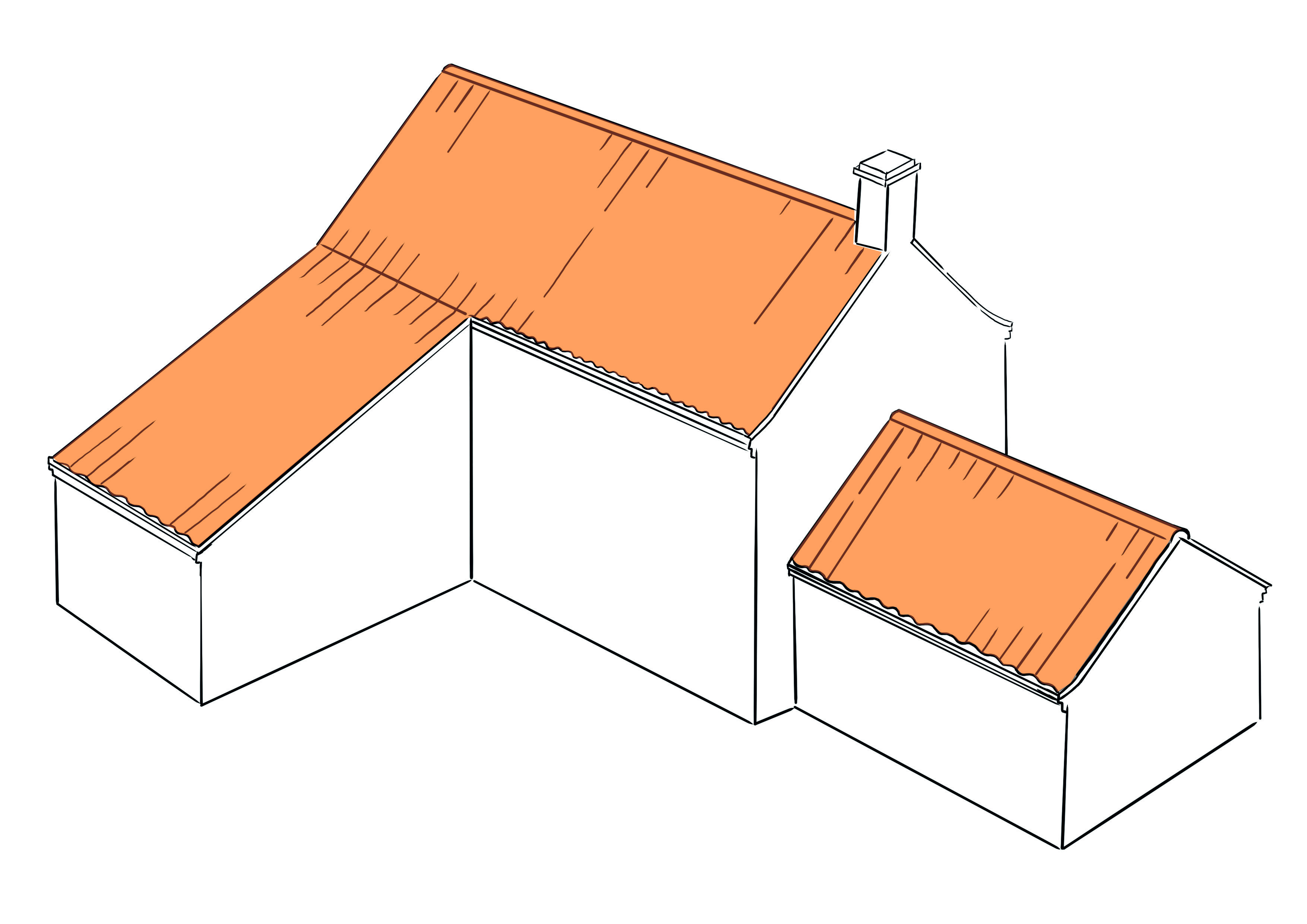 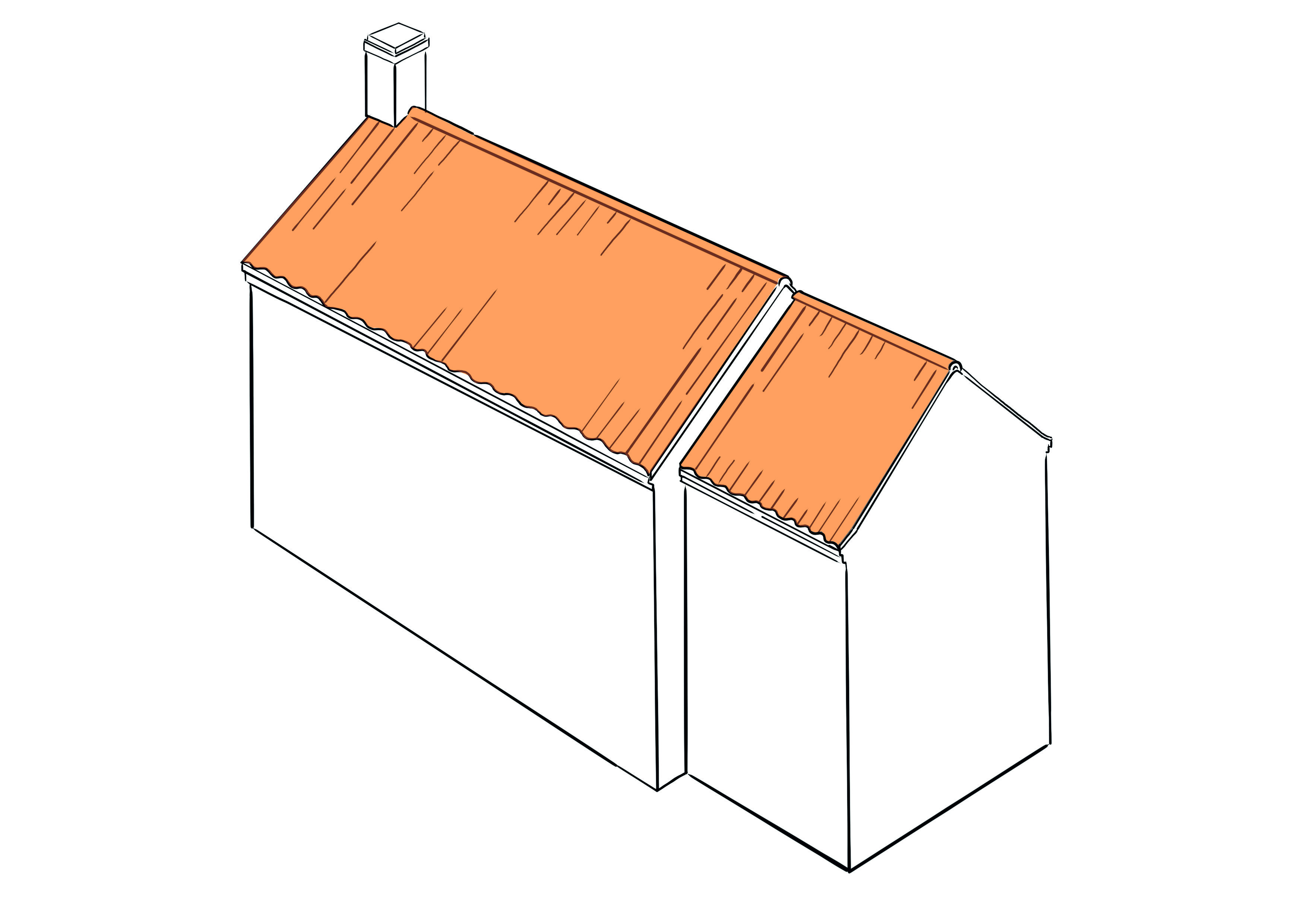 When there is no alternative option, a two-storey end extension can sometimes be considered for less sensitive properties. In such cases, breaks in alignment of the roof and walls should be incorporated so that the form of the orginal property remains clearly defined. 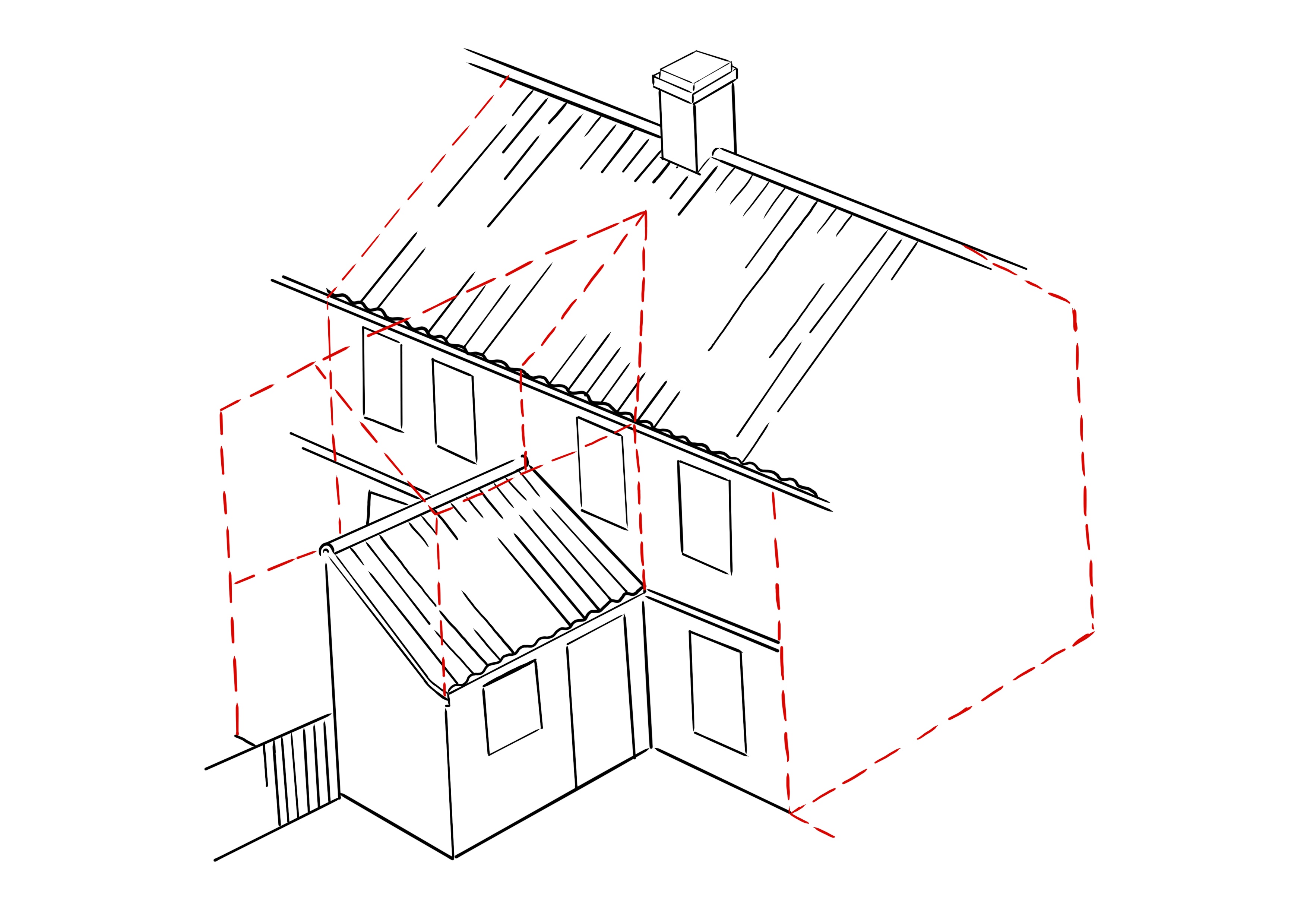 Extensions to the rear of terraced properties almost always cut off light to the neighbouring properties. problems can often be avoided if the agreement of the affected neighbour is sought at an early stage. The best results of all can be achieved if the neighbour can be persuaded to construct a similar back to back extension.