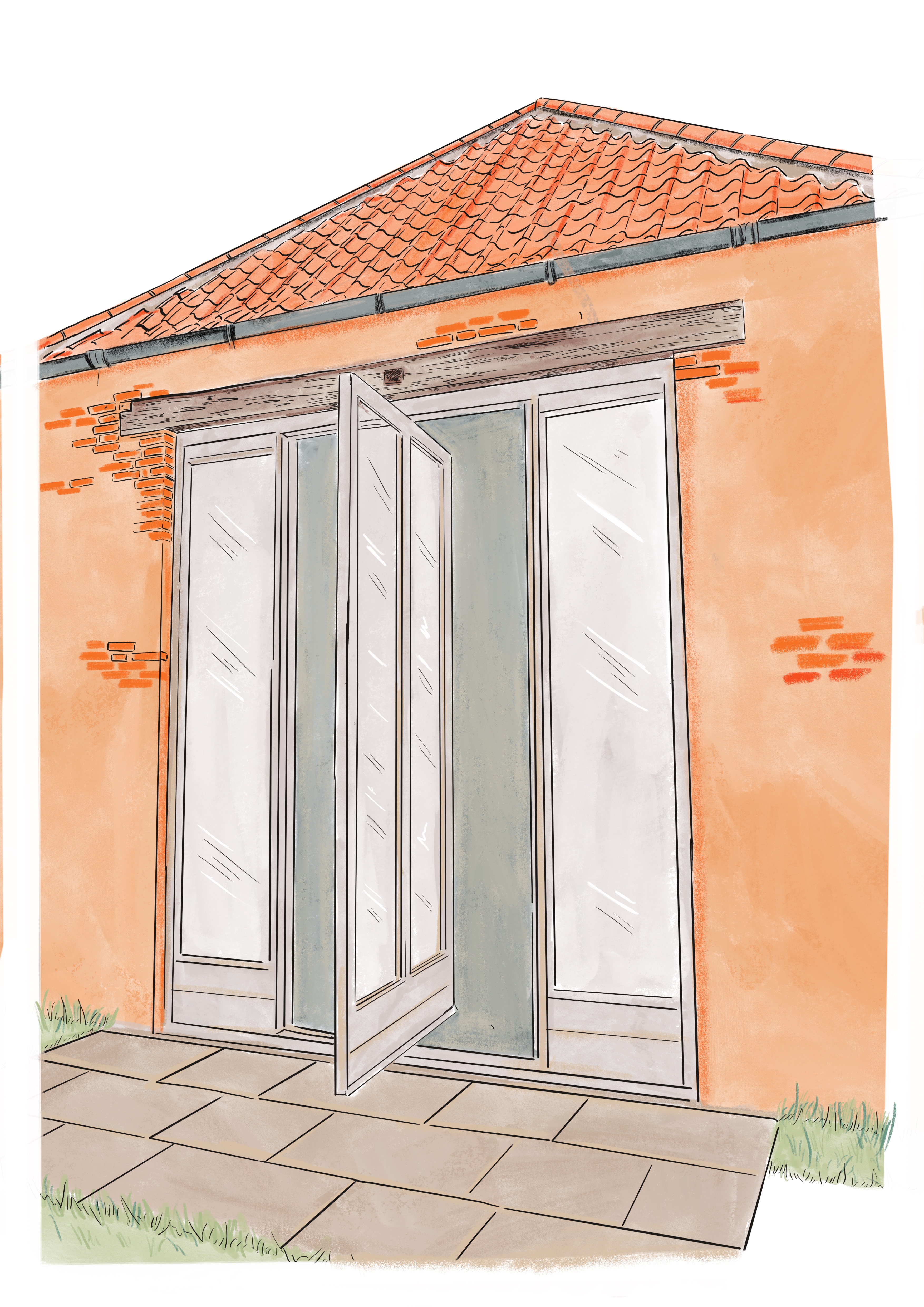 The optimum and most sympathetic use for a building is usually it's original one. When this is no longer viable, conversion and reuse offers a chance to save significant buildings and contribute to local communities and the economy.

When buildings contribute positively to their environment, it is in no one's interests for them to become redundant and fall into disrepair. Not only might they have social and historic signiﬁcance, but they also involve considerable investments in terms of materials and energy. Generally, it is historic buildings such as barns, chapels and mills that are most worthy of retention and re-use; however these buildings also tend to present the biggest challenges and require creative design solutions. Changing national policy means that the scope of conversion has expanded beyond these traditional building types to more modern forms of development. It is however vital, that design of any conversion scheme is of a high standard and responds to its architectural and landscape context.

Given the rural nature of the District, the most common conversions involve the change of use of redundant agricultural buildings. Whether they are large threshing barns or small cart sheds, these buildings become surplus to requirements as a result of changing agricultural practices and economic circumstances. This is unfortunate as they not only represent one of the most distinctive features in the landscape, but they also stand as long lasting records of the agricultural traditions and vernacular construction.

Generally, the older the farm building, the fewer of its type remain. Age is therefore a key consideration in assessing status and signiﬁcance. From this, architectural form, scale and layout are then important in shaping character, as are matters of detailed design such as patterned brickwork, arrow slit windows, ventilation panels and buttresses. Even where a building may not have any apparent intrinsic quality, it may still make a positive contribution to the setting of a farmhouse, or to a wider complex of farm buildings.

Of the alternative uses, a conversion to habitable accommodation, be it for residential or holiday purposes, is potentially the most damaging in terms of its eﬀect on the character of an agricultural building. Not only does it place more pressure on the fabric of the building itself, but it can also compromise its setting by adding domestic paraphernalia like sheds, greenhouses, enclosures and play equipment. With this in-mind, careful attention must be paid to the detailing of conversion schemes as well as the treatment of the curtilage to ensure the character and appearance of the asset remains intact.

Given these structures are often in isolated rural locations, it is also important to consider external finishes, boundary treatments and ecology to ensure they knit into the wider landscape and reduce impact on their sensitive environmental context.

Overtly domestic extensions such as porches and conservatories are alien in character and rarely work successfully within the context of historic farm buildings. However, a carefully designed extension or new structure might be considered alongside a farm building if this will safeguard the significance of the main structure.

An extension or new building that houses ancillary functions that require a high degree of partition can leave an undivided historic space free from subdivision, thus protecting its character. Extensions for other uses, such as garages, are less easily justified, particularly if there are existing outbuildings that can usefully serve the purpose.

Whether contemporary in design or based on an existing structure, extensions and new buildings should be subordinate in scale and relate to the massing and character of the existing farmstead group. Ideally new buildings can be sited on the footprint of lost buildings and/or be sensitive to the historic plan form, so careful thought needs to be given to their siting. The demolition of modern structures can allow space for a new extension, particularly if their removal enhances the group value.

This conversion at Edgefield has a carefully designed new extension which utilises the walls and footprint of an old piggery outbuilding. A new link has been made to the main barn creating subservience and sense of separation. 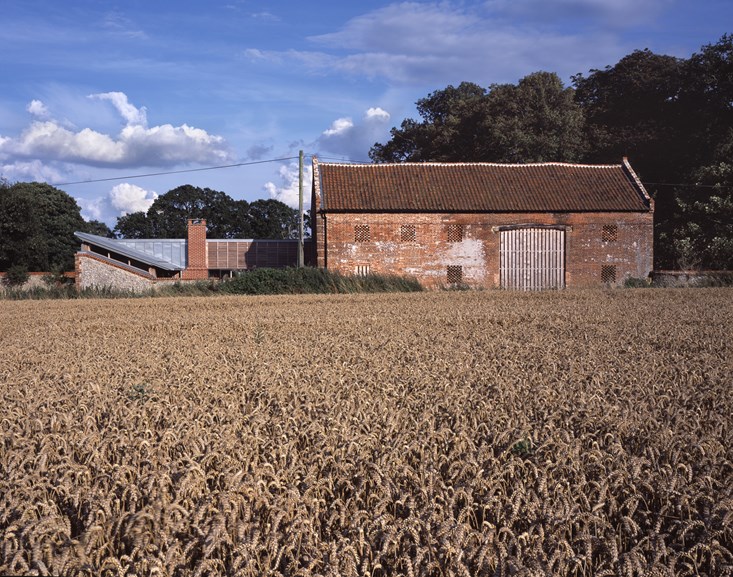